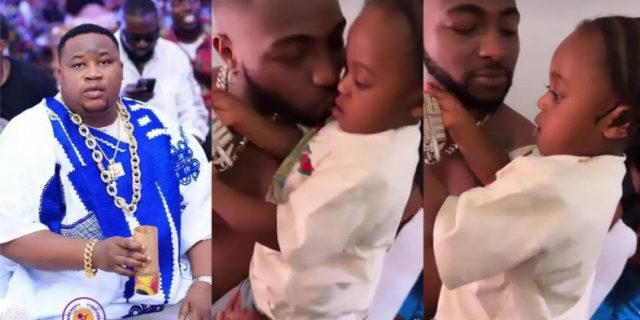 The socialite, who was Davido’s dearest friend, is undoubtedly devastated by his passing.

Cubana posted a video of the dead and his father having a special moment on Instagram.

Cubana claimed that Ifeanyi’s death was the result of God’s will in his caption.

He penned “God’s doing” in Igbo.

Obi Cubana laments the loss of Ifeanyi The socialite and businessman Obi Cubana has expressed his sorrow over the passing of Davido’s first son.

The billionaire posted a message of love to his parents on his Instagram page after hearing the heartbreaking news.

He acknowledged that he had never prayed for news to be false.

He claimed that since the deceased was such a wonderful and sweet boy, you went to sleep and hoped to wake up in a nasty dream.

Why do awful things always happen to nice people, he wondered.

“In recent years, I have NEVER begged for news like this to be false.

I slept and awoke wishing it would be a nightmare. Such a charming and kind guy! Everybody tracked your development! In only three short months, you brought us so much joy.

IFEANYICHUKWU!!!! The devil always finds a way to sabotage the few things that bring us delight; WHY?
And once more, I ponder: Why do awful things occur to good people?

However, God will give us all consolation and comfort. 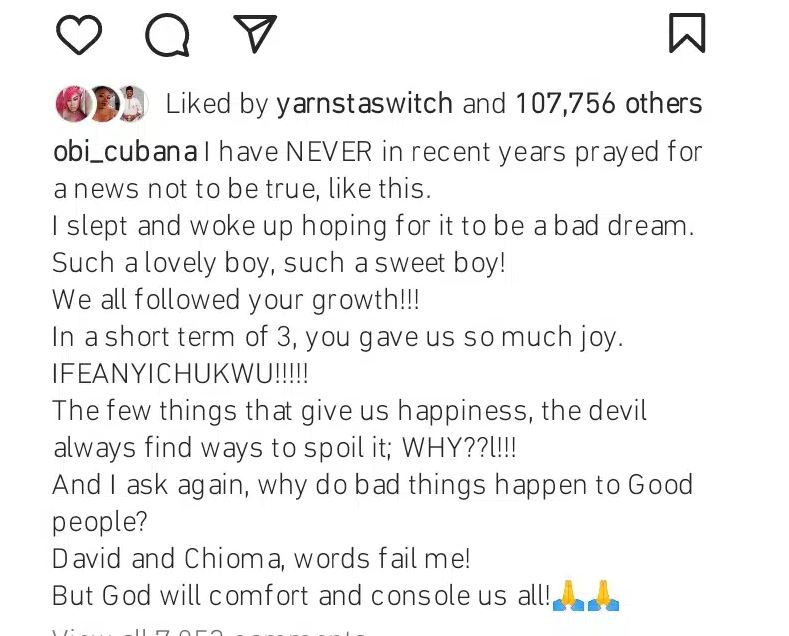 READ ALSO:  Youth Leader of the Labour Party is suspended due to alleged forgery