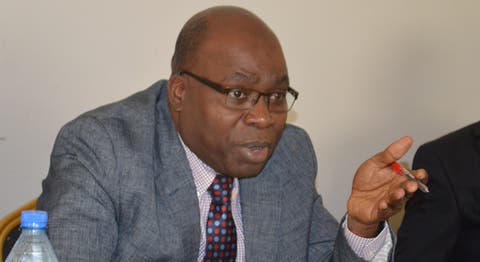 The Independent Corrupt Practices and Other Related Offences Commission, or ICPC, has warned that while there is money to fix Nigeria, it is being taken every day and is made possible by the systemic or malignant corruption that is so entrenched in the nation.

According to the ICPC, N24 trillion in electronic transactions were made between January and June of this year, or about N50 trillion annually. It also stated that corruption in Nigeria is highly systemic or malignant because it occurs in most government-owned organizations, especially those that generate revenue.

The National Institute for Legislative and Democratic Studies (NILDS) hosted a two-day capacity-building workshop for members of the House of Representatives Committee on Anti-Corruption and Military Officers on Wednesday in Abuja.

Speaking as the guest speaker, the chairman of the Independent Corrupt Practices Commission (ICPC), Professor Bolaji Owasanoye, revealed that out of 19 of these agencies, the ICPC intercepted N181 million that corrupt public officials attempted to divert or steal.

“Nigeria has enough anti-corruption agencies or structures to stop the flood of systemic corruption, barring the lack of integrity displayed by the impacted public servants.

Public organizations including the Bureau for Public Procurement (BPP), the Central Bank of Nigeria (CBN), and 45 others are anti-corruption regulatory authorities in addition to the ICPC and the Economic and Financial Crimes Commission (EFCC).

“The Infrastructure Concession and Regulatory Commission, the CBN, and the ICRC are anticorruption gatekeepers…

I could go on; if you added all of them up, you’d get something like 50.

“The majority of regulatory agencies also have an anticorruption function. Almost all vocations are governed by regulations.

READ ALSO:  Soludo claims that every gunman captured in Anambra is Igbo

We do not need anti-corruption structures; rather, what we lack is honesty. Every unethical behavior that these experts engage in is already prohibited by their standards. Hypocrisy abounds among us, and we also lie to ourselves.

However, in spite of the necessary legislation or laws to combat the cankerworm, the lack of political will and integrity on the part of those in charge of operating the agencies contributes to how ubiquitous corruption is in the nation.

Unfortunately, because corruption undermines the ability of the state or government to care for the needs of the people, it also feeds and worsens insecurity in the country.

It will be discovered that the money to fix Nigeria is in Nigeria and not elsewhere because N24trillion was spent on monitored electronic transactions alone among Nigerians within Nigerians from January to June this year, which works out to about N50trillion annually, if corruption is fought to standstill by all relevant agencies and public officers.

We must have a discussion about corruption because it is an existential issue for our nation.

The ICPC boss noted that the channels through which corrupt practices are carried out in Nigeria include weak legislative oversights by relevant National Assembly committees, contracts variations and duplications by MDAs, tax avoidance, evasion, and underserved waivers, among other factors. However, he blamed his colleagues in the legal profession, who occasionally would be acting for clients against the Commission, who are serving public servants involved in corrupt practices.

He asserts that such clients’ involvement in such enterprises at the time is illegal and that it is unethical for them to award such contracts to businesses in which they have interests.

READ ALSO:  Keyamo: The Reason Osinbajo Was Not Included In Tinubu's Campaign Council

He adds that such ethical violations should be appropriately dealt with.

In his remarks, the chairman of the House Committee on Corruption, Hon. Shehu Garba, stated that battling the problem cannot be successful without cooperation.

He added that corruption typically prevents a country from achieving the necessary progress and future plans.

There is a significant connection between corruption, insecurity, and instability, according to Major-General A. A. Adesope, who was speaking on behalf of Chief of Defence Staff General Lucky Irabor.

According to him, the workshop’s theme, “Corruption: A Threat to Security in Nigeria,” is especially pertinent at this time, when the military and other security services are actively pursuing individuals responsible for different crimes and criminalities across the nation.

“All must participate in the fight against corruption because it fosters insecurity and instability in the nation.”

The workshop was arranged for members of the House Committee on Anti-Corruption and military personnel, according to the Director-General of NILDS, Professor Abubakar Sulaiman, in order to highlight the necessity of collaboration in the fight against corruption by all pertinent parties.