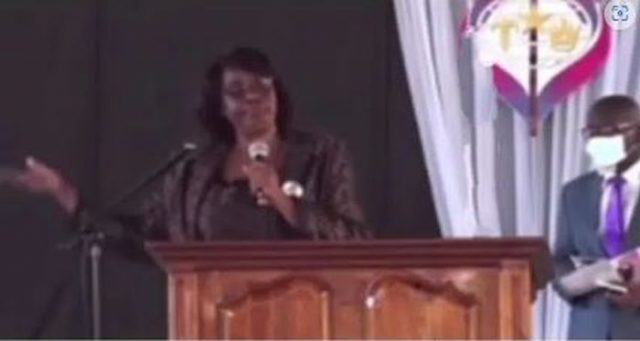 During a time of worship, a small scene involving a female preacher and choir mistress took place.

The choir mistress suddenly started singing a song as the worship service was about to start, interrupting the clergywoman who was also ready to speak.

They eventually started competing with one another to drown out the other’s voice by raising their voices.

The choir mistress should have simply allowed the minister have her way because she is already in the pulpit.

Exactly What Do You Think of This?