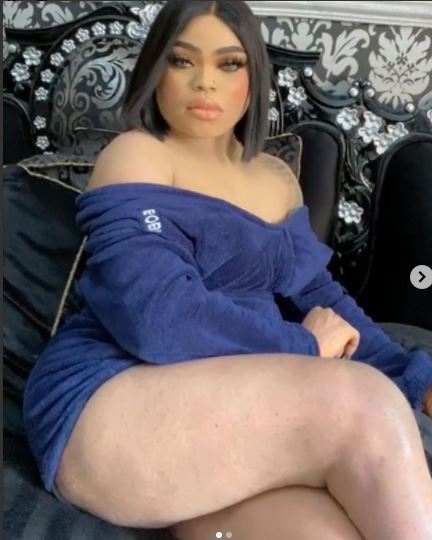 Following a recent video of infamous crossdresser Bobrisky showing off his butt, there have been a variety of opinions.

Although the crossdresser was featured in a video promoting a product, online users were more intrigued by his physique type.

In the video, he moved around while wearing a bodyhug jumpsuit.

Some people commented that his behind appeared to be significantly smaller than what he typically displays on his Instagram page, while others expressed their thoughts on his skin.

After disclosing the surgical body augmentation operations he underwent to the world, Bobrisky became famous for showing off his behind on Instagram.