May we avoid mediocrity and failure.

Recently, Wizkid’s song “Bad To Me” was published, and it quickly surpassed Asake’s song “Organise” to take the top spot on Apple Music.

a feat that Davido, Burna Boy, and other well-known artists were unable to accomplish when they released their own songs.

Asake’s “Organise” is back at number one right now, and it’s unfortunate that all of Davido’s fans are backing Asake only to put Wizkid in the doghouse. 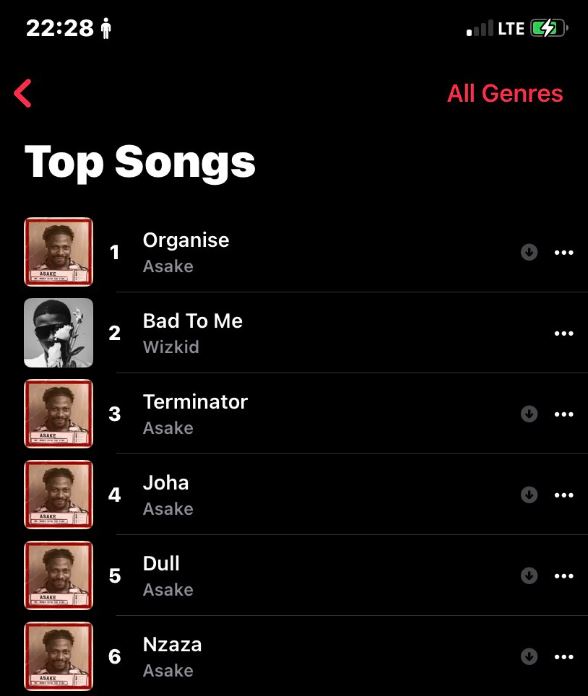 Remember that when Davido released “Stand Strong,” it failed to stay at the top for one day.
View a few tweets below:

At this point, I’ll put my pen down and invite other Wizkid fans to join me in celebrating our own Machala.

Shame on the entire 30BG camp, an unworthy

I’ll be waiting for Machala supporters and detractors in the comment area.

READ ALSO:  Which performance in December would draw in the largest crowd if Asake and Wizkid were to both be on the same day?