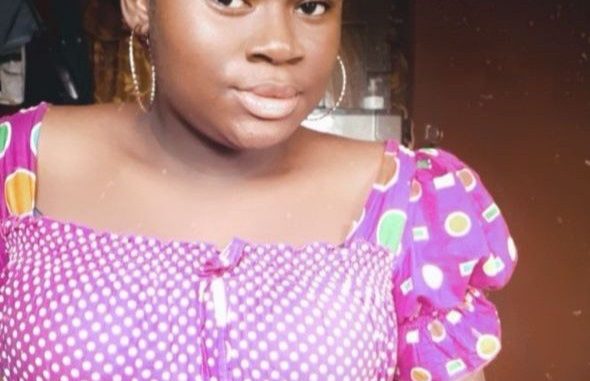 A 16-year-old girl named Chidinma Anita Chukwudum, who is depicted above, has been reported missing by her family.

Anita, who resides in the Lagos State community of Festac, was last seen on September 18.

Anita graduated secondary school this year, took the JAMB exam, received a high score, and is going to be admitted to the Lagos State University LASU, according to her mother Mrs. Uche Chukwudum, who confirmed this to LIB.

She claimed that on Sunday, Anita packed her suitcase covertly leaving their family home for Abuja.

Anita had been communicating with a person via Facebook who offered to take her to Germany in search of greener pastures, according to Mrs. Chukwudum. The person she had been speaking with on Facebook then convinced her to pack her bags and move to Abuja, where they agreed to organize her travel documents so she could depart for Germany.

The distressed mother claimed that Chidinma left a message stating that she will endeavor to make her family proud before leaving the house.

Mrs. Chukwudum claimed that Anita’s sister had access to her Facebook account and had been able to view all of her conversations with the individual in Abuja.

She stated that the police have been notified of the situation.

She claimed that while the security personnel have been able to follow her daughter’s location, they have been unable to find the residence where she is being detained.

She requests that anyone with information that could help find her daughter call the local police station or text the number 08033072719.

READ ALSO:  For having sex eight times with a student, 17, the teacher faces jail time