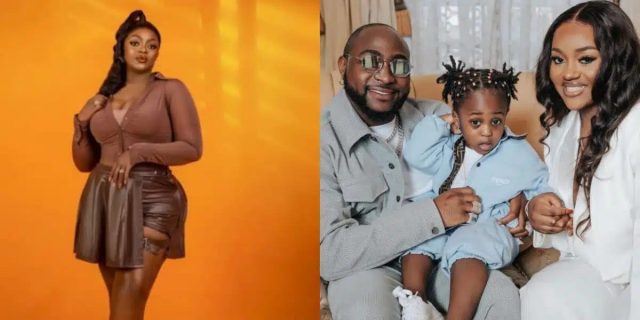 Eniola Badmus, a Nollywood actress, is in hot water once more for exploiting Ifeanyi’s passing.

When the controversial actress utilized the murder of Davido’s son as content on her YouTube channel, it sparked outrage on social media.

The actress was accused of using his death as clickbait for her to make money on YouTube by many who quickly watched the film before she took it off and criticized her on social media.

Nigerians continued to defame her even after she removed the video, with many pointing out that Davido was one of her sponsors.

“Eniola Therefore, all of the money that David gives you for this life is insufficient. Eniola, it appears that you are currently using Ify’s passing as content to monetize your YouTube channel.

“Eniola has no friends, ooo. Her friendship with you ends when she no longer benefits from you. She truly is known as “everywhere belle face.” She earned that reputation.

“Those YouTube video comments had terrible enough quality. They set her head on fire. Congratulations to Cutie for pointing out how inconsiderate it was of her to act in that way.

In the powerful name of Jesus, “I and my sister have been praying against unfriendly friends to Chi and David all day today, and I can see God doing his work. They will all keep messing up and get cut off.”

But what was she contemplating? For Eniola, must everything revolve around money? It makes sense why Funke Akindele cut ties with her pal! Very dishonest friend!

READ ALSO:  Who Is The Real GOAT In The Music Industry Between Don Jazzy And Olamide?

Una doesn’t know where to find Eniola’s beautiful face. Any friend who posts about your issue on the internet before you do is never truly your friend. Why has she not made any new close friends?

She will never again feel attached to that family. It’s time for David to take better care of himself because when you’re not around, people stop caring about what you have to say and don’t even return your affection.

“I’m Emotionally Unbalanced Because My Brother Is Getting Married Today” – Ecool, Davido’s DJ