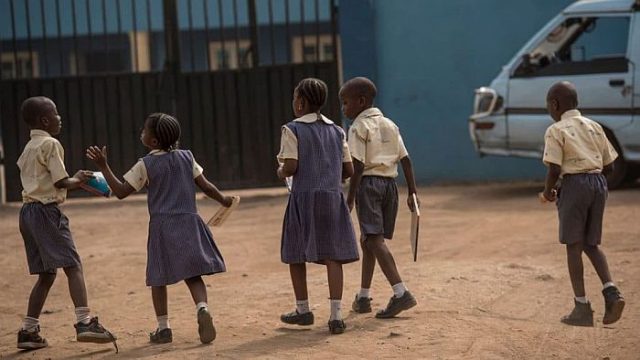 I’ll be direct and succinct in my explanation.

My children were dropped off at school early today. I overheard the HOS/HM asking a particular youngster, “WHY ARE YOUR PARENTS SO STUBBORN?” as I was leaving the premises because the child was wearing black socks rather than white ones.

I was hurt when I heard that word because I wouldn’t accept it.

I jumped in to reprimand her behavior right away, telling her that as the head teacher, it shouldn’t come from her.

Although she felt regret, she still believed that the aforementioned parents would always be difficult.

She informed me that she had spoken with the parents in question several times, but they were always whining about how awful the route was to the school and how their kids usually showed up in black socks when it rained.

Since the road is so dirty and disorganized and smells so bad, it can be difficult to walk down it when it rains.

You’ll understand better if you’re familiar with the “QUEENMARIS SCHOOLS” along the ikotun-ijegun road.

She also expressed her displeasure that the child would occasionally wear a body embrace underneath the uniform or a homemade cardigan to be warm because the parents would not purchase the school cardigan, claiming it was not a top concern.

that when they can improvise, they would rather pay their child’s school fees than buy a cardigan.

Despite the fact that I couldn’t speak, I told her that what she said was inadequate.