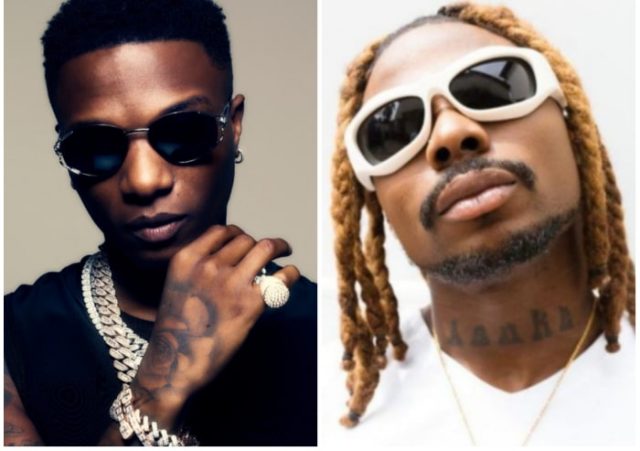 I just hope that Asake won’t start thinking that he is now extremely big to start tackling Wizkid because of all the hailing.

I’m really happy Olamide is with him though, because he’ll keep him in line and make sure he doesn’t stray as even he wouldn’t dare choose a date that would conflict with the Wizkid Show date.

Asake yesterday announced his concert, which will take place in December 2022, but he hasn’t yet revealed the precise date.

Unfortunately, many of his followers have been pressuring him to schedule his show for the same day that Wizkid will be hosting his own in an effort to “prove to him who the real boss is.”
Below are some tweets. 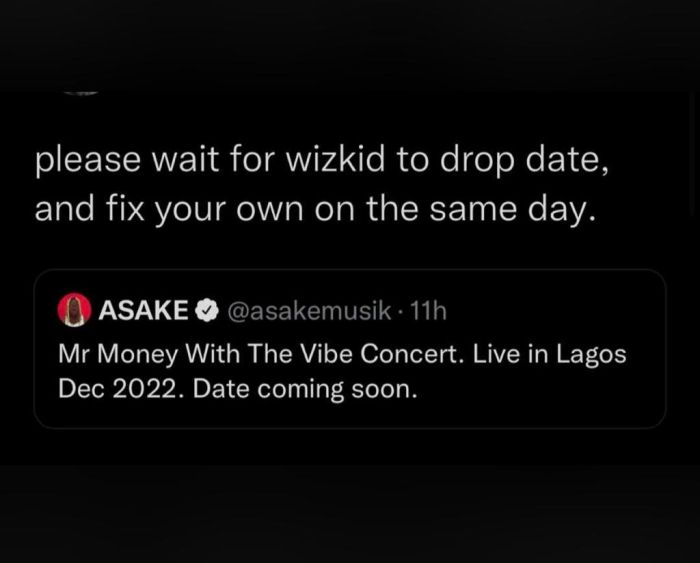 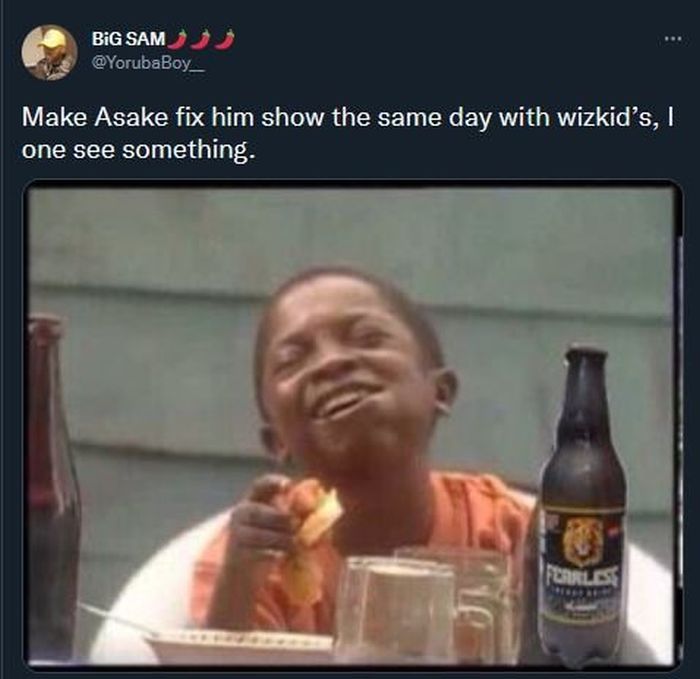 I’d Suggest
I simply hope Asake ignores them, which is why I began this post in that manner. However, I’m delighted Olamide is with him and won’t dare make such a foolish choice.

All of these things are taking place as a result of Asake’s song recently surpassing Wizkid’s on the Apple Music Chart.

I’m hoping that Asake won’t be influenced by this factor to choose a bad Show date.

In my opinion, Olamide won’t be satisfied with the results even if he tries this because more people will gladly support Wizkid over him.

I’ll put my pen down now and let you guys continue the discussion in the comments.

Which concert would draw the largest crowd if Asake and Wizkid were to take place on the same day in December?

READ ALSO:  Before I Had A Single Hit Record, Wizkid Gave Me The 02 Arena - Oxlade