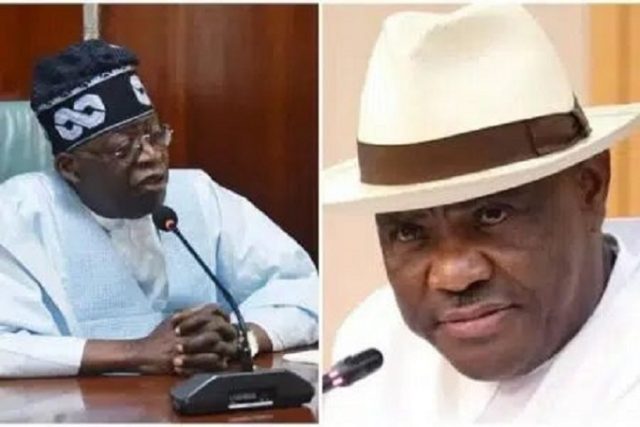 The All Progressives Congress (APC) candidate for president, Asiwaju Ahmed Bola Tinubu, allegedly extended an offer to him for a senate seat, according to the Nyesom Wike-led Rivers State Government, which has disputed this.

Wike emphasized that he never made such a claim during his Friday media interaction through his Special Assistant for Media, Kelvin Ebiri, in a statement on Saturday.

In an interview that was broadcast live on four television stations, Ebiri attacked some national dailies and internet publications for allegedly manufacturing such allegations.

“We want to make it clear that this rumor is untrue, unfounded, and absurd because the governor of Rivers State never mentioned the name of the APC presidential candidate during the media discussion or made any allusion to granting him a senatorial ticket.

We have chosen to share the transcript of what governor Wike said regarding the senatorial form here in order to make the facts clear.

First of all, this is how you can tell someone is ready to run for office. Some of them gathered presidential and senatorial forms at the same time.

You’ll be able to see if they are not sincere about running.

I have never gathered senatorial forms. Even after everything, when many urged me to run for the Senate, I refused. No, I won’t. Since they’ve never had it before, I’ve already promised that this Senate ticket should be zoned to Etche.

I can’t be in charge, right?

“In today’s more polarized political environment, there is a strong propensity to warp the truth.

We want to remind journalists that their first duty as journalists is to the truth on this premise.

READ ALSO:  While There Are Talks Of Reconciliation, PDP Reveals That We Won't Give Up On Wike, Others

“At this pivotal time for our country, we want to remind journalists that the fundamental rule of journalism is to report the facts accurately.

Journalists are urged to strive for accuracy at all times and provide all pertinent information in their reporting.

We thus pleaded with the gullible public not to believe these false, unsubstantiated, and malicious reports.